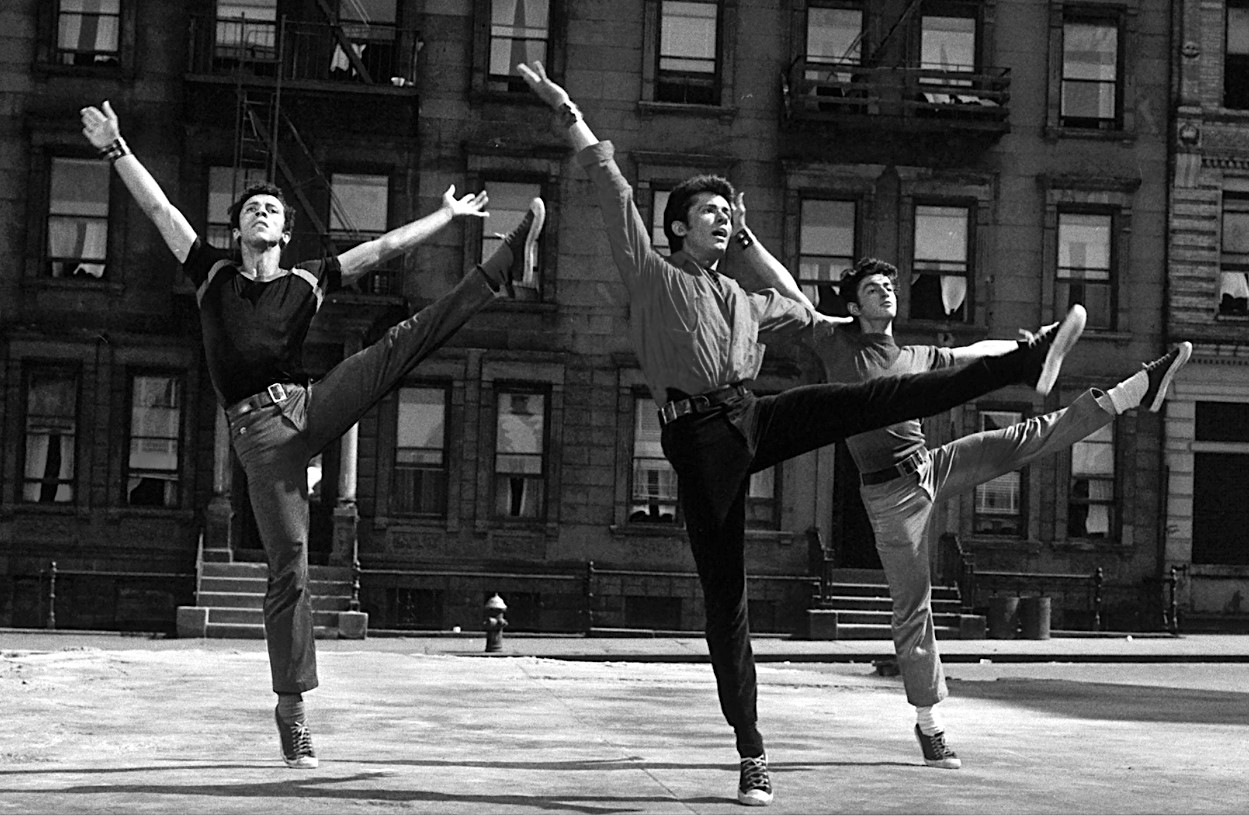 West Side Story still stands as one of the best Shakespeare adaptations to ever hit the big screen. Directed by Robert Wise and Jerome Robbins, scored by Leonard Bernstein, with lyrics by Stephen Sondheim, the 1961 film adaptation of the 1957 Broadway musical stars Natalie Wood, Richard Beymer, Russ Tamblyn, Rita Moreno, and George Chakiris. The film won 10 Academy Awards, including Best Picture, Best Director for Wise and Robbins,  as well as a special award to Robbins for ‘Brilliant Achievements in the Art of Choreography on Film’. The film has been designated as "culturally significant" by the United States Library of Congress and was selected for the National Film Registry in 1997.

“What I loved during West Side Story, and why I recommend it, is the dancing itself. The opening finger-snapping sequence is one of the best uses of dance in movie history. It came about because Robbins, reading the screenplay, asked, "What are they dancing about?”
Roger Ebert, Reviews / Great Movies, February 15, 2004