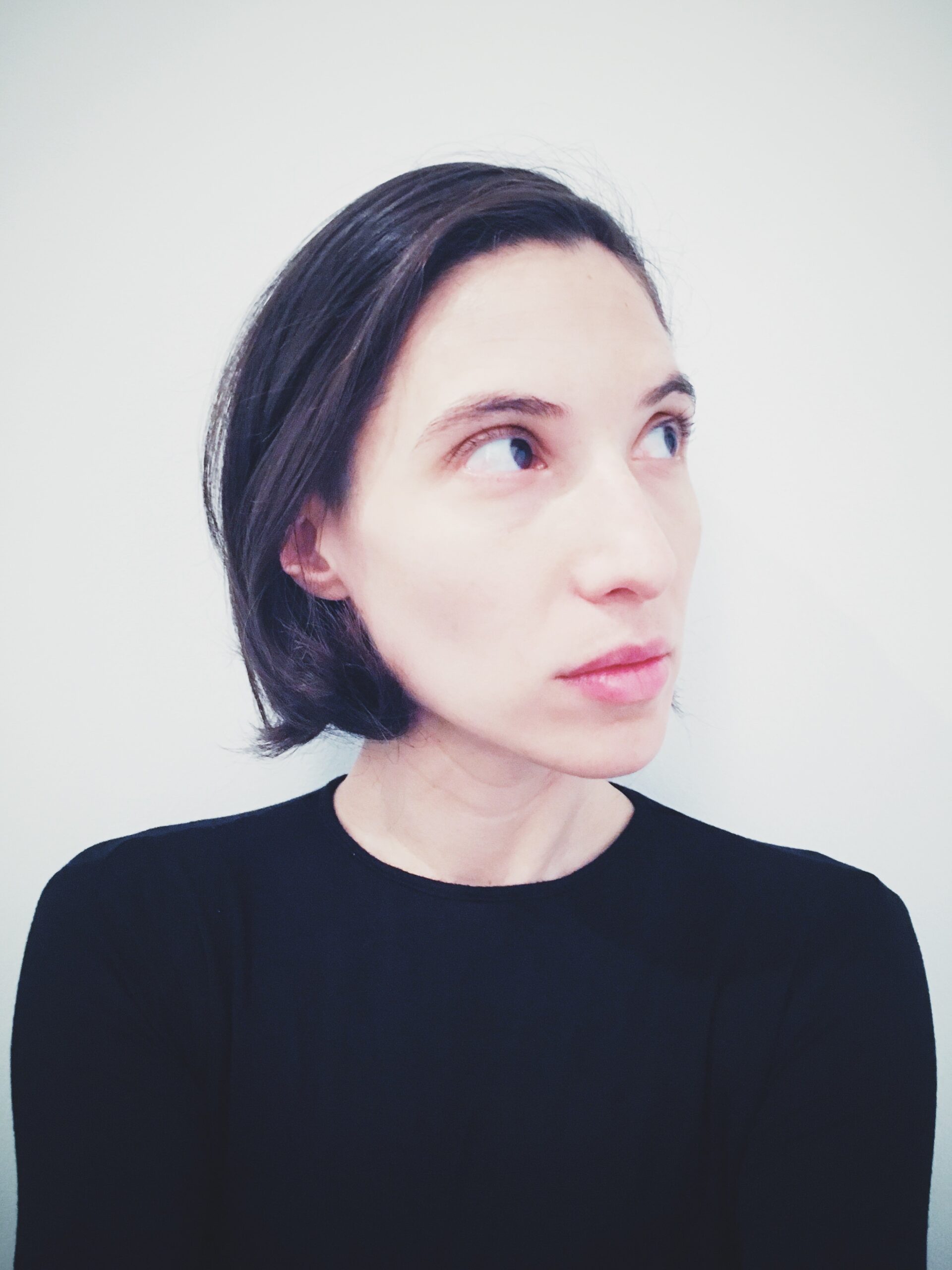 Vanessa Goodman is attracted to art that has a weight and meaning beyond the purely aesthetic. She is the artistic director of Action at a Distance Dance Society.

Vanessa’s work has been presented by DanceHouse, Morris and Helen Belkin Art Gallery, The Firehall Arts Centre, The Dance Centre, The Chutzpah! Festival, SFU Woodwards (Vancouver) and The Shadbolt Centre for the Arts (Burnaby). Other presenters include the Fluid Festival (Calgary), Kinetic Studio (Halifax), Dance Made in Canada Festival (Toronto), On the Boards (Seattle), Risk/Reward Festival (Portland), Offset Dance Fest (Brooklyn) and The Bienal Internacional de Dança Do Ceará (Brazil).

Awards and honours include The Iris Garland Emerging Choreographer Award (2013); The Yulanda M. Faris Scholarship (2017/18); The Chrystal Dance Prize (2019); The Schultz Endowment from Banff Centre for Arts and Creativity (2019); and the “Space to Fail” program (2019/20) in New Zealand, Australia and Vancouver.

Vanessa respectfully acknowledges that she lives and works on the ancestral and unceded territories of the Sḵwx̱wú7mesh (Squamish), Stó:lō and Səl̓ílwətaʔ/Selilwitulh (Tsleil-Waututh) and xʷməθkʷəy̓əm (Musqueam) Nations.